The XIII World Congress of Rural Sociology, held in Lisbon, Portugal, in July/August this year, was addressed by Professor Olivier De Schutter, the UN Special Rapporteur on the Right to Food.
De Schutter’s mandate, as described by the UN Human Right’s Council is to:

I’ve entitled my short statement this afternoon: ‘Think Global, Act Rural’. It is not an original title. It is the title of a 2010 film by award-winning French director Coline Serreau. The film argues that industrial agriculture is degrading resources, poisoning the world’s fresh water supply, causing cruelty to animals and destroying farming systems that have fed the world sustainably for millennia. This film is about the emergence and consolidation of a corporate-endorsed farming system that pollutes the land, compromises human health, and undermines the well-being of millions of small-scale producers worldwide. While the film is not without faults, Serreau makes a basic and important point: if you want to change the global, you need to understand – and change – the rural.

END_OF_DOCUMENT_TOKEN_TO_BE_REPLACED 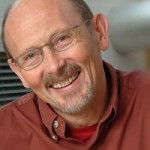 Time is approaching for the thirteenth world congress of rural sociology in Lisbon, Portugal, and it seems already to be a memorable congress. 75 working group leaders have been preparing a comprehensive program with 1450 papers. The scientific committee and the local organizing committee have undertaken a major effort to facilitate a program that also includes a number of excursions to the countryside in Portugal. This congress will be one with the largest turnout ever, with more than 1000 participants recorded so far. On behalf of IRSA, I will congratulate Professor Manuel Moreira and his team with an excellent preparation for this congress and we are looking forward to see each other in Lisbon July 29 to August 4.

The April 2010 eruption of Eyjafjallajökull in Iceland has caused immediate disruption of air traffic in and to Europe, and may have longer-term implications for climate change. Further south, the ongoing oil catastrophe in the Gulf of Mexico may destroy regional wildlife and fisheries for decades. Both of these events have raised new public and research concerns over food issues. Further, factors like soaring oil prices, and energy costs more generally, have meant more land used for biofuel cultivation. These, combined with global biosecurity crises and pandemics, suggests that food security has entered the world stage of politics with a new agenda. Together with ongoing concerns about climate change, they may help to shift the whole way we think about risk, food security and sovereignty, and environmental policies.

The idea that volcanic eruptions could create a whole year of winter in certain regions of the world, derives from historical evidence. In 1815, the Tambora Volcano in Indonesia exploded, producing the largest eruption in recorded history. Rock and ash spread in the atmosphere, reducing sunlight and causing global cooling. As a result, 1816 was termed the year without a summer in Europe. Here in Norway, at the Lufall farm where I grew up and live, 6 infant children died in the years 1815-1821. Part of the reason were the after-effects of the British blockade of Denmark-Norway during the Napoleonic wars, but the Tambora shock and the resultant cooling made it impossible to raise a normal harvest, which exacerbated an already-dire food situation. Eyjafjallajökull is one thing; should the neighbouring volcano, Katla, explode, we may again have a year or two without summer in the Northern hemisphere. This could easily be made even worse as there are many volcanos that could erupt elsewhere; one only has to think of the so-called ring of fire surrounding the Pacific Ocean.

Like Norway, countries producing less grain than they consume, are now carefully following the global food scene. Recently the BRIC countries (Brazil, Russia, India and China), signed an agreement to re-establish national grain reserves and have decided to create a joint agriculture information base to help each country to calculate production and consumption balances. Moreover, to further protect themselves, Beijing is signing land leases at a grand scale with developing nations in Africa, well aware that full stomachs mean happier Chinese.

The financial crisis may now be well into a double dip global recession after a short recovery. This has implications for food prices now, as it did in 2007-08, when speculation in food futures was the immediate cause of the food price hike of that year. This raises research concerns and problems which food and rural sociologists must urgently take up and address in their research: Who are the winners and who are the losers as food issues become more pressing? What can be done to reduce food price volatility and food insecurity? At the world congress of the International Sociological Association (ISA) in Gothenburg this summer, these issues will be discussed further at a mini-conference organised by International Rural Sociological Association (IRSA). On July 14, under the theme Comparative perspective on the new productivism: Agricultural system and policy responses to increasing food and energy prices and climate change. I ask you to bring your views and research results, as well as giving them in the discussion forum launched on the IRSA webpage.