The Department of Community and Environmental Sociology at UW-Madison is searching for a tenure-track (junior) faculty member with an outstanding record of teaching and research relevant to environment and health. The position requires a Ph.D. in sociology or related field. Candidates from historically underrepresented groups are strongly encouraged to apply.

The successful candidate will teach and mentor in our top-ranked graduate and undergraduate programs, and will carry out a vigorous research program that improves the ability to understand and intervene on the intersecting social causes and consequences of environmental and health problems. Consistent with the mission of the University of Wisconsin System, the candidate will be committed to service to the community, state, nation, and profession for the benefit of all citizens.

The University of Wisconsin-Madison is committed to eliminating the achievement gap between majority and underrepresented students; recruiting and retaining a more diverse faculty and staff; preparing all students, staff, and faculty to thrive personally and professionally in a diverse, global, interconnected world; and enhancing the campus climate for inclusion.

Review of applications will begin 15 September 2017.

For further details, including instructions to applicants, a list of possible areas of expertise, and the many opportunities for contribution and collaboration at the University of Wisconsin-Madison, please browse for 90808 at http://jobs.wisc.edu.

Questions about the position are welcome, and should be directed to: Search@dces.wisc.edu

The School of Environment and Natural Resources at the Ohio State University (USA) is looking to fill a tenure track position at the rank of assistant or associate professor Please read attached PDF for more information.

The 2014 ESRS Summer School, organized by Claire Lamine, assisted by Elsa Faugère and Lucile Garcon, took place between the 8th and the 12th September in the Centre Olivier de Serres in the Ardeche département of France. END_OF_DOCUMENT_TOKEN_TO_BE_REPLACED 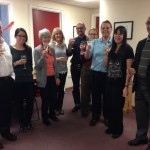 Newcastle University’s reputation as a driving force for research into rural economies and societies has been recognised with the award of a Queen’s Anniversary Prize. Read more

The Asian Rural Sociology Association has a new website, please visit it at http://www.arsa1996.org/ 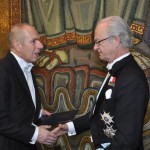 On January 28th this year, Professor Philip Lowe, Professor of Rural Economy at the Newcastle University in Britain, received Sweden’s Bertebos prize for his significant contribution to sustainable rural development, land-use management and interdisciplinarity. The prestigious award, presented by the King of Sweden on behalf of the Royal Swedish Academy, is for ‘distinguished and practical research in food, agriculture, ecology or animal health’. Congratulations Philip!